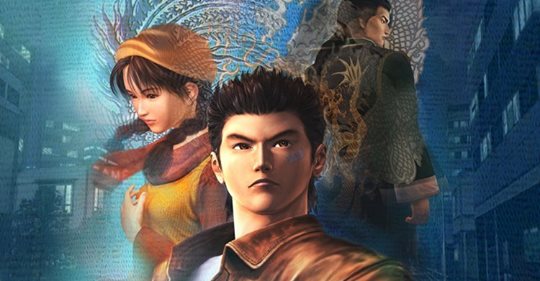 My interview for the Italian video game online magazine/platform Multiplayer.it about one of my favorite video game series ever, Shenmue, and its value in terms of acquisition of Japanese language & culture, was published today:

An English translation of the article is available here:

Thank you Emiliano Ragoni of multiplayer.it for your excellent article! And Arigato! Mr. Yu Suzuki for your gaming masterpiece!

In my recently-published scholarly article  “Using Video Games to Teach Italian Language & Culture: Useful, Effective, Feasible?” NEMLA Italian Studies XXXIX special issue “The Italian Digital Classroom: Italian Culture and Literature through digital tools and social media.” [available as a PDF download  (https://www.buffalo.edu/content/dam/www/nemla/NIS/XXXIX/NeMLA%20Italian%20Studies%202017%20-%20Using%20Video%20Games.pdf and in print], I also mention the Sega Shenmue series as an excellent learning device, the best, in my view, in terms of Japanese language and culture acquisition. The game includes Japanese and English audio tracks and subtitles. Lip-syncing is in Japanese. The first episodes is set in the Japanese town of Yokosuka,

The first game in the series was released in 1999 in Japan and in 2000 in the US and Europe on the Sega Dreamcast. Episode II was released in 2001 on the Sega Dreamcast, then ported in 2002 on the original Microsoft Xbox. The first two episodes in the series have been recently re-released (August 2018), updated in high-definition, on PlayStation 4, Xbox One and Windows PC. A third, new original episode is scheduled for release in late August 2019.

In my interview, I also discuss my methodology (IAC: Identify, Acquire, Create); my current work with the Assassin’s Creed series and future developments with Assassin’s Creed Origins and Odyssey; and my participation at SXSW EDU in Austin in March 2019.